So, I'm teaching a photography class and a programming class.

The irony of the matter is, I haven't gotten a real programming job, and I don't make that much money off of photography, so why the hell am I doing this? Having a center for photography education has been my dream for the past few years.

There is a large difference between the two subjects. I feel that it's much easier to get going with photography. It's visual. Everyone that has the ability to see has some sense of visual appeal.Hell you don't even need to know how a camera works, you can just point and shoot, and a lot of times you can come up with something pretty gratifying.

Programming is a different beast. It's an entirely different way of thinking. I have always found computers very awkward and unnatural...These coding bootcamps are a very weird concept. Can you possibly teach someone how to be a web developer when that requires a knowledge of both computer science concepts, mathematics, and actual web programming in the matter of a few weeks? Not to mention all the self learning, practice, and job experience that an actual web developer needs... I'm thinking the answer is no. At least not with unmotivated students. Even with motivated ones... it could be impossible as well.

Do you guys realize just how amazing the resources you guys have with classes like Coder Vox? The chances are... problably not.

I'm going to get a lot of flack for this, but I largely think most education is crap. Most majors in college that are not engineering or natural science are... largely useless in my opinion.

Do you know how many times I've sat in on "study sessions" by people in other majors? They don't do shit. They're smart people already, and can use common sense to pass their exams.

You've heard this many times already, but even I have come to a general conclusion that our generation is fucked.

The thing is, I am indeed in the "Generation Y" subset too I know how it feels.

How it feels to be spoon fed, given everything that I wanted, have my clothing picked up and washed for me, for someone to come in and clean my room for me.

Even the thought of finding an apartment and paying rent with money that I didn't earn was frightening to me. But I've been very fortunate to run into a continuous series amazingly hungry, driven, and talented people.

I actually got roped into a small web development class that my friends Alvin and Charles started a few years ago. I didn't do any of the homework, they kicked me out. I didn't know what the hell was going on. I just went on my merry way with college life.

It did leave a small dent though.

The programming partners who ditched me and finished the assignment by themselves since I didn't contribute. The jobs that I didn't do shit for. The internships that didn't lead to full time positions. The resources I've had, and lost due to not acting in time or realizing what I had. All of the missed opportunity.

Just chipping away, chipping away the kid who was just content playing MMO's, eating, sleeping, and waking up again to play more. Everything that I want is for the taking. I just have to go out and do it. 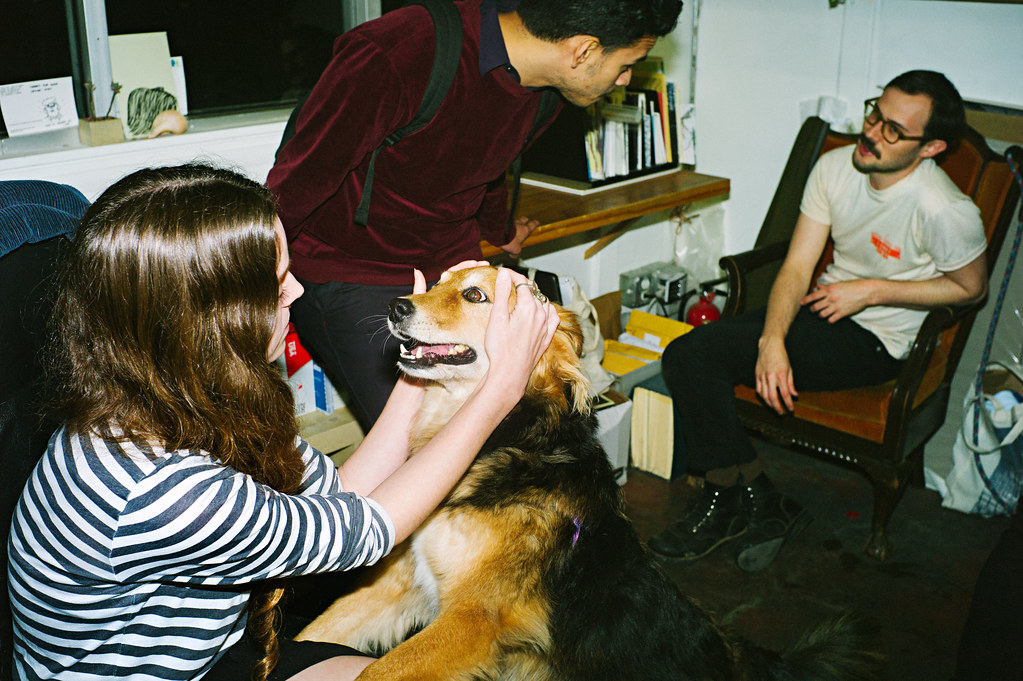 In the end, none of this really matters... linkin park reference... comes to mind

I just want to feel alive. And to me, that means making a huge dent in the world. Smashing peoples' faces in with amazing photos. Making tons of peoples' lives easier with a program.

Write once. Affect many. Just look at flappy bird. There's amazing power in even the simplest of programs.

The people who took all of my bullshit over the years saw potential in me.

The thing is, everyone has potential, and I want everyone to realize that. You can do whatever the fuck you want to do. And largely it will work.

What are you waiting for? To spend the prime years of your life trying to accumulate "wealth?"

I met some people with cameras the other day at a happy hour event, they just seemed like normal dudes, I got their contact info and looked up their photos afterwards. I was floored... they're talented as fuck. I want to get there. It's not an impossibility.

I'm starting to dive in. I'm starting at a new photo studio March 1, that's in a week. I'm surrounding myself with the most driven and talented programmers and creatives who are helping me realize my dreams. You're weird. Embrace it. You can do it. The tools are available.

Find the answers to the questions that keep you awake at night. Solve the problems that are still left to solve. I've seen it in you. The silver lining.

Always keep in mind that failure doesn't mean all has been lost. You tried, you learned, and went through the motions, and you can try again, there's still time. I'm doing more photography classes. The first one was awesome and redeeming. I have more to say, and more people to reach out to. Was really happy to see such a wide variety of people... including Josh Baer. He's not such a bad and frightening guy you know. (Althrough it did scare the fuck out of me when he stood up mid lecture, I thought he was going to leave. Turns out he stands a lot. Standing desks yo.)